The Orchestra exists since 45 years. Besides performances in the country, the ensemble played concerts in the GDR, Czechoslovakia, Sweden, Belgium, Germany, France and Spain. With success it took part in a lot of national and international reviews and festivals. The Orchestra recorded 3 albums.

The orchestra was established in 1945. Actually it numbers 55 musicians (including 6 women). The orchestra in its history had only three band masters. Since 2000 Bogusław Plichta is an conductor. With him the orchestra gone through entertainment, film, dance and jazz programme. Especially precious is the collaboration with choirs.

The Kopřivnice Wind Band was established in 1993 as a continuation of Mr. Alois Hrnčárek’s Youth Band. He has been a leader and its conductor since the Youth Band was created in 1973. The approximately 70 amateur musicians various in age but the majority of them are young people under the age of 25. The orchestra repertoire is very wide – from medieval historic music, parts of the classical operas or operettas, through musicals, evergreens, folk Czech brass music to modern music composed by present-day authors – some of them are befriended with the band.

The Orchestra performed in more than 11 European countries and was a price winner in a lot of national and international music competitions.

An attractive Majorettes Group accompanies the Orchestra during marching parades.

The orchestra was founded in 1949. Currently its leader is Herbert Klinger. About 50 musicians play traditional sounds of Carl Michael Ziehrer and other Austrian composers as well as classical and modern music pieces which are combined in an interesting and varied repertoire. The ensemble plays a lot of concerts in its surroundings. Several prizes won in different competitions, recordings in radio and music studios round the artistic activity off. 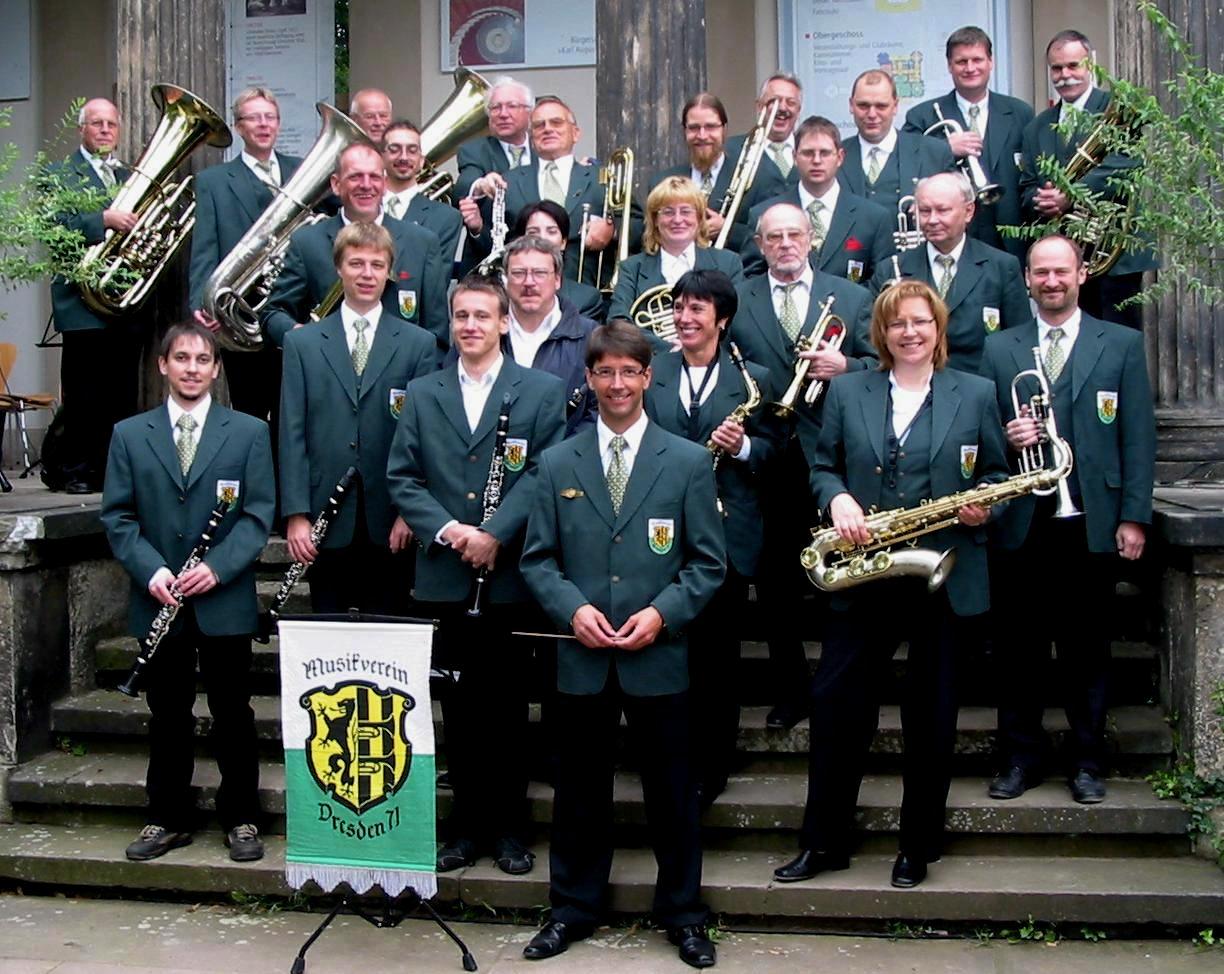 Founded in 1971, Blasorchester Elbflorenz Dresden Orchestra has been closely bounded with the city and its vicinity. They participated in a popular German tv show, “Wetten dass...?!” (Let’s have a bet that...) together with Paul McCartney. In addition, to enrich their music, they collaborated with an orchestra from Czech Republic.

The music they create by using wind instruments includes a variety of sounds and styles, from march music, polkas and classical music adaptations to modern pop and rock, along with some dixieland and big-band inspirations.