The orchestra came into being in 1997 on initiative of the Centrum Promocji Kultury Jana Maćkowskiego (Centre for Cultural Promotion “Jan Maćkowski”). The function of the band-master is held by Mieczysław Sorbal, a graduate of the Music School in the trumpet class. The orchestra’s members are pupils of high schools. Currently it’s about 45 persons. The orchestra contains of trumpets, clarinets, trombones, saxophones alto and tenor, cornets, flutes alto, tenor and baritone, tubes, drums, snare drums and cymbals.

The repertoire is very widely arranged. It contains marches and dance music for different events. The Młodzieżowa Orkiestra Dęta is a typical marching orchestra, but it also plays on stage. An integral piece of the band is the dancing group „Dziewczęta z Buławami”, which was founded in 1998. Its choreographer is Natalia Nadworna. „Dziewczęta z Buławami” are 16 high school pupils and one drum-major. They present choreographies in marches and parades in cooperation with the orchestra. Both groups give common concerts. They are prominent symbols of the town Drezdenko and the region Ziemia Lubuska. They performed in numerous places in the region, other Polish regions and in Germany.

more about the orchestra: www.orkiestradko.republika.pl 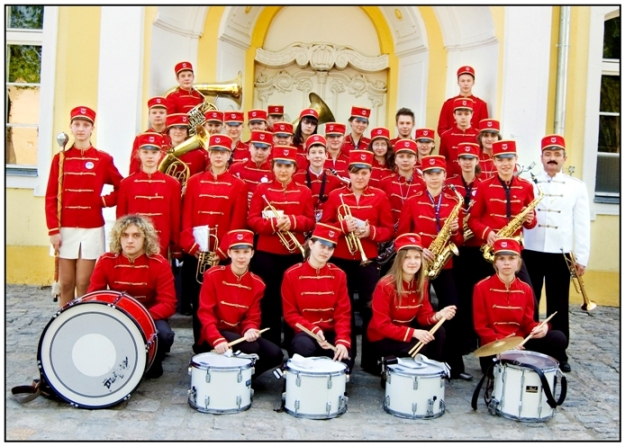