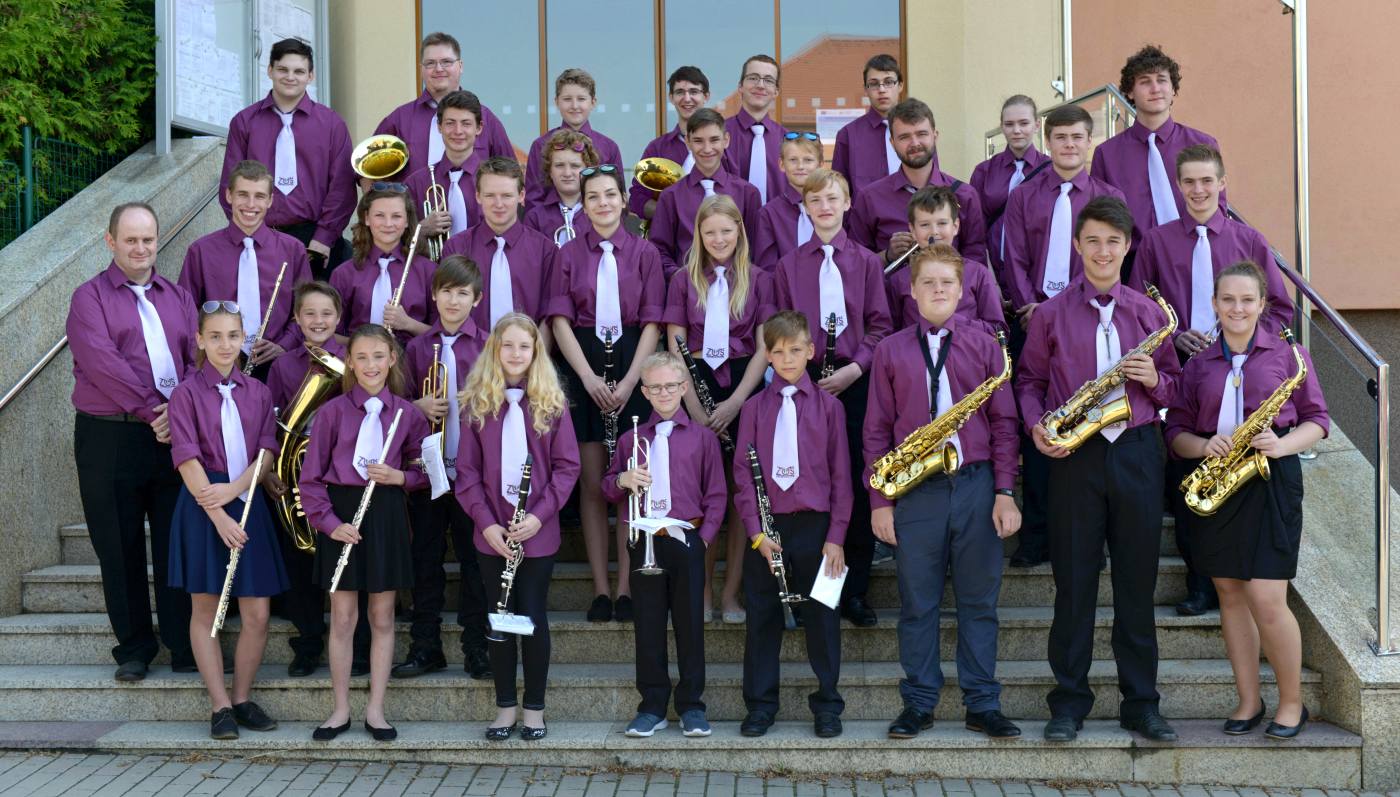 The orchestra was founded by Mr. Josef Pavlíček in 1960. At the beginning the orchestra played classical brass music – Czech as well as Moravian composers – and orchestral compositions. In the course of time, the repertoire was enriched to different variations of musical, film music and modern music pieces. Since 2008, Mr. Štěpán Husák is in charge of the orchestra.

The orchestra participates in different competitions and shows. Its a relatively frequent visitor to Čermák’s Vysoké Mýto – the show for various orchestras of the Czech Republic. In regional competitions, the orchestra was awarded with the first or the second position. It also attended the national round of the competition in Letovice, where it won the Bronze Band. At present, the orchestra focuses on the play of more modern songs, which are certainly more appealing for today’s generations. However, the musicians don’t avoid playing and enforcing classical Czech brass music, because it’s a unique heritage of their past, culture and traditions. In 2018, the orchestra achieved a great success – it won the Čermák’s Vysoké Mýto. In the orchestra´s frame play about 40 young people of various age – the youngest players are 10 years old. The average age is about thirteen years. In its home town, the players and the orchestra have many fans (especially parents and their families) and also many supporters.

More about the orchestra: www.do-bystricenp.estranky.cz/