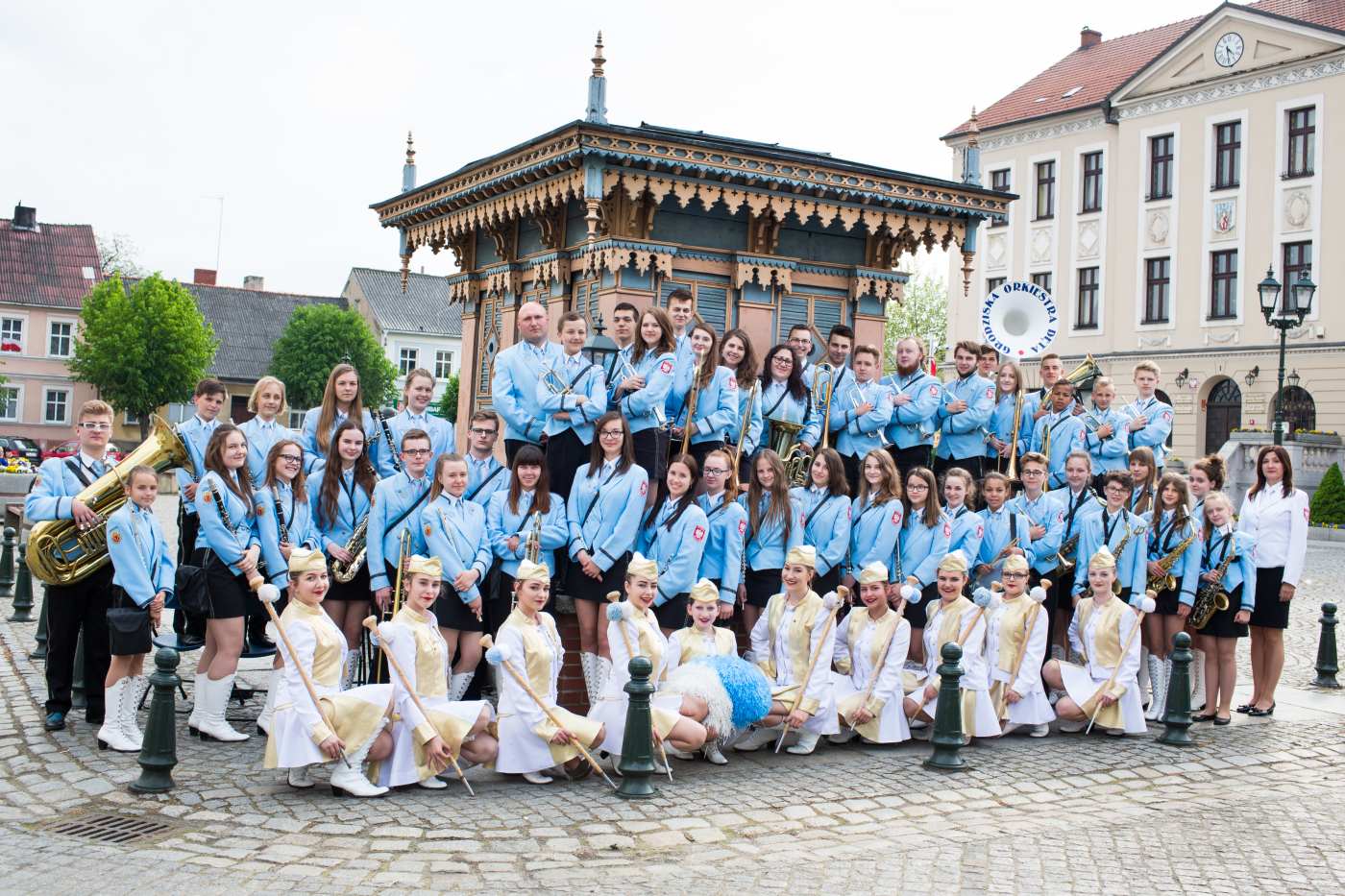 The orchestra came into being in 1929. In 1978 Stanisław Słowiński became the conductor. He gave the ensemble its new image. Its teenage line-up and its shows brought a string of successes in Poland and abroad. The orchestra gained a lot of prestigious awards countrywide and beyond its borders.

Since 10 years the band is co-organizer of the Festiwal Zespołów Folklorystycznych i Orkiestr „Gronalia” (Festival of Folkloristic Groups and Orchestras) in Grodzisk Wlkp. It gave concerts in almost every corner of Europe: Germany, Czech Republic, the Netherlands, Belgium, Hungary, Ukraine, Lithuania, Russia (Moskow), Denmark, France and Spain. As the only Polish orchestra it played already twice at the stadium of Real Madrid. Furthermore the band appeared in three feature films: „Kilerów Dwóch”, „Szczur” and „ Skrzydlate Świnie”. Under the conducting of band leader Renata Kubale the orchestra develops dynamically giving concerts throughout the year: The orchestra takes part in patriotic and church festivities, city festivals and other events countrywide.

More about the orchestra: www.grodzisk.wlkp.pl/urzad_miejski/grodziska_orkiestra_deta/