Established in 1957 by composer and conductor Vitas Žilys the Lithuanian Wind Orchestra became the most popular and known collective of all times. After years the traditional classical repertoire was broadened to incorporate entertainment music and staged parades with choreographic elements.

In 1971, Trimitas was endowed with the status of the state musical collective. In 2009, Maestro Ugnius Vaiginis became the principal conductor of Trimitas. The Orchestra has recorded 12 LPs, 9 audiotapes, 9 CDs, and over 200 compositions for Lithuanian Radio archive. Trimitas state wind orchestra has given concerts in Bulgaria, Poland, Hungary, Czech Republic, Slovakia, Finland, Sweden, Norway, France, Spain, Italy, Luxembourg, Great Britain, the Netherlands, Ireland, Germany, Iceland and several region of the former Sovjet Union as well as the capital of the Jewish Autonomous Region, republics of the Middle Asia. Trimitas gathered the first prize and golden medal at the biggest orchestra festival held in Lillehammer, Norway, in 1993. In 2004, Trimitas was a part of the government delegation led by President Algirdas Mykolas Brazauskas to Dublin on occasion of Lithuania‘s accession to the European Union. The orchestra works under the auspices of the Ministry of Culture of the Republic of Lithuania.

more about the orchestra: www.trimitas.lt 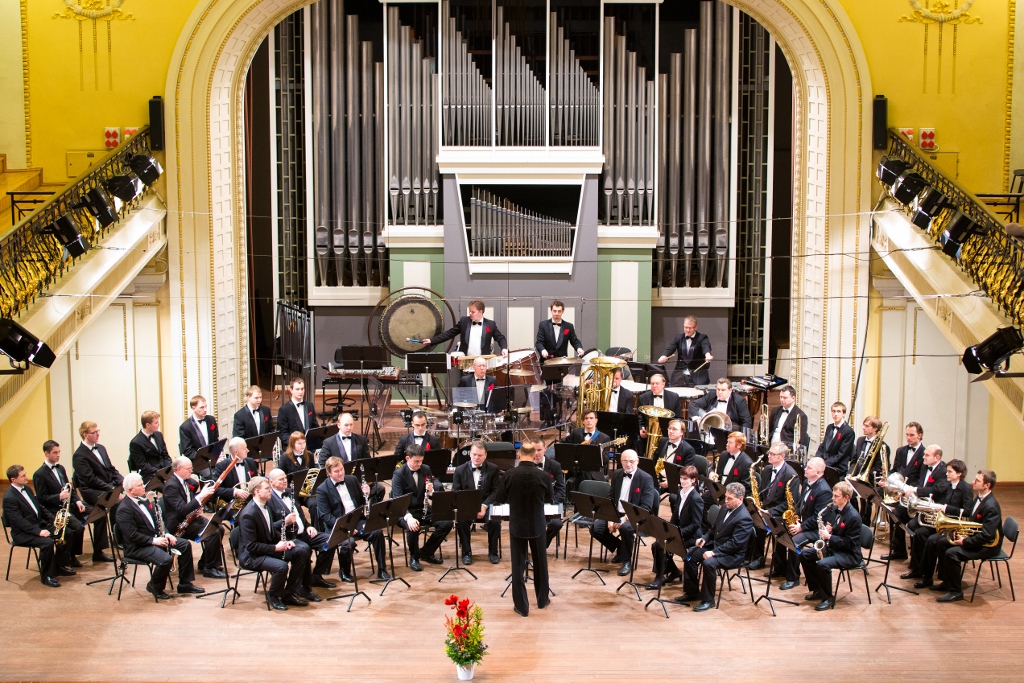