It came into being in 1958 on the initiative of the then management of the Chemical Company “Stilon”. Since 1992 the orchestra has been acting in the City Cultural Centre. The Town Hall in Gorzów Wlkp. patronizes the orchestra. For the last 16 years, Bolesław Malicki has been managing the group.

He graduated the Academy of Music in Wrocław and is the former band-master of  military orchestras. There are teachers, old boys and students from schools of music, and musicians of the former Garrison Orchestra, in the orchestra. The Band gives concerts for the society of Gorzów within the region and abroad. It took part in festivals, tournaments of wind orchestras in Grodzisk Wielkopolski four times gaining the “GoldenHorn”. At the 4th International Meeting of Wind Orchestras Alte Kameraden the orchestra became the winner of the Grand-Prix. It also was also the laureate  in the Entertaining Competition in 2012 during the 6th International Meeting of Wind Orchestras Alte Kameraden. Gorzowska Orkiestra Dęta plays successfully transcriptions of classical, film, folk, march, world popular and jazz music as well as sacral music. The Band cooperates with the choir „Cantabile”, the dance club „Fan-Dance”, solists and singers. For the last 58 years the orchestra has given over 3500 concerts. For its activities and artistic achievements the orchestra has got the “Honory Badge of the town Gorzów Wielkopolski for outstanding achievements for the development of the town” and the Caltural Award of the town Gorzów Wielkopolski “Motyl.”

more about the orchestra: http://www.god.emceka.pl/ 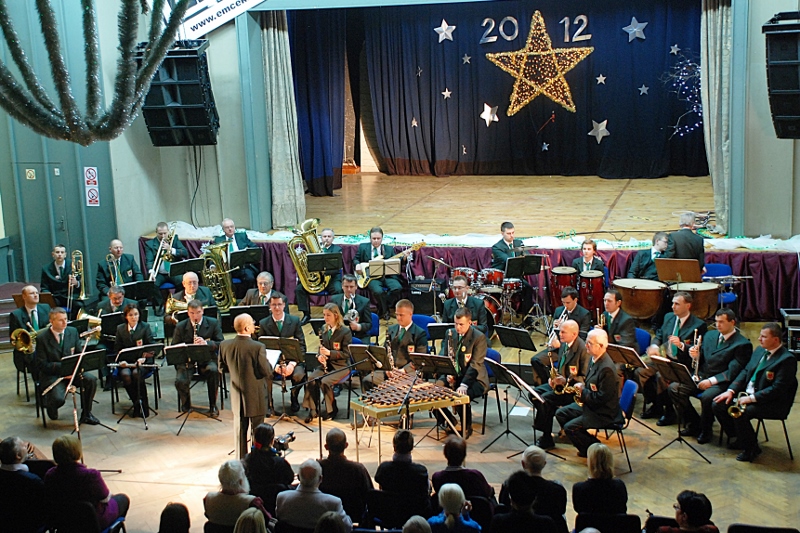