In June1934 the Orchestra came into being as a Factory Wind Orchestra of the coal mine “Katowice”. Since 1976 the band-master is Stefan Łebek. Under his leadership the orchestra adds splendor to state and religious ceremonies and takes part in different events giving concerts for the audience. The band took part in the 200th anniversary of the French Revolution playing concerts in France. It performed at the famous and colorful parade of the Monday before Shrove Tuesday, the climax of the German carnival celebrations in Cologne, spend time at the EXPO 2000 in Hanover presenting a concert in the Polish exhibition pavilion. Played in Essen during the festivities of the “Polish Days”, several times the orchestra took part pilgrimage to Rome and Piekar. Since several years the orchestra plays the national anthems during all the football games of the Polish national team at the Silesian stadium in Chorzów.

Undeniably the most important event during the 80 years of history of the band was the concert played in the Vatican for the Holy Father John Paul II. The pope thanked the orchestra for its active participation in the religious life of the archdiocese Katowice. Its repertoire contains folk music and marching music as well as classic music and entertaining hits. 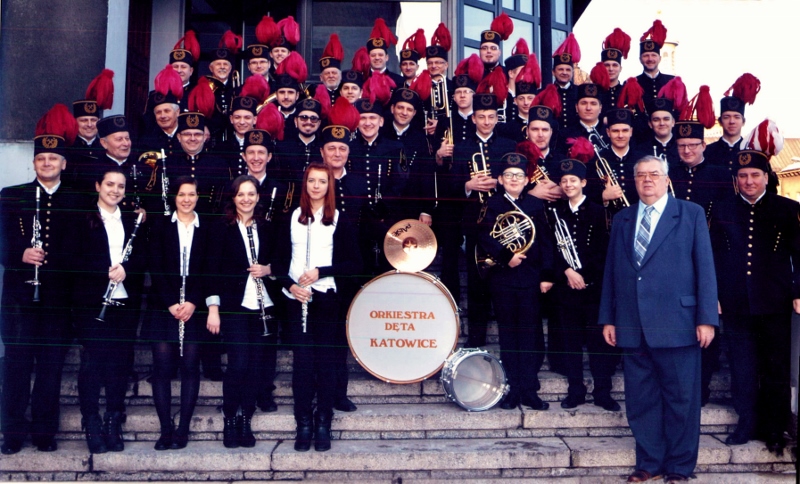