The Orchestra was founded in 1960. Its first conductor was Herbert Hahn the then concertmaster of the Great Symphony Orchestra of the Polish Radio and the Polish Television Katowice. He was the band-master for the next 23 years. After the year 1983 the orchestra was conducted by Jan Niesterok, Teodor Zając and Norbert Gemander. In 2012 the orchestra's conductor became Piotr Szczygioł. Already in the 60-ties of the 20th Century the Orchestra gained a high musical level, amongst other things by recording some music pieces for the Polish Radio. At the International Festival of Miners' Orchestras in Orłowa (1973, Czechoslovakia) the Orchestra has got the 2nd Prize, but in Prievidza (1974) it has got the 1st prize and the Challenge Cup of the Minstry for Mining and Fuel of Czechoslovakia.

In its history the orchestra „Halemba” gave concerts in Denmark, Germany, Belgium, Austria and Norway. A very special moment in the orchestra's history took place during the 11th International Wind Orchestras' Festival in the Nowegian town Hamar (1989). 162 orchestras were marching through the streets of Hamar while taking part in the competition. The medals were awarded in the stadium infront of 15 000 viewers. The Orchestra gained two medals - one for interpreting the music pieces, the second for the marching show. The highest success was the winning of the 36th Euro-Musiktage Bosel 1997. The newest success is the 1st prize in the 5th Tarnów Wind Orchestras' Festival „Józef Szwed” (2012).

more about the orchestra: www.orkiestrahalemba.pl 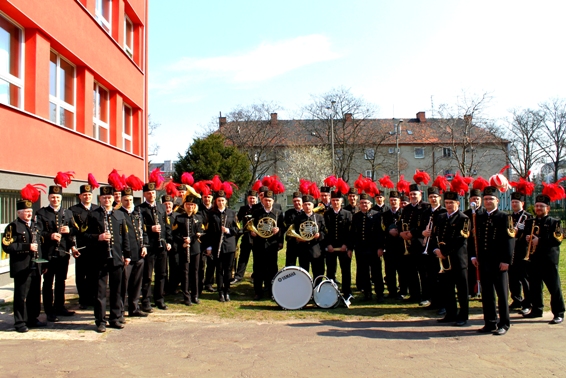