The Youth Brass Orchestra from Příbor was founded in 1973/1974. Its organizers are the Elementary Art School of Příbor and the Association of Friends of the Youth Brass Orchestra. The band has achieved a very high standard of interpretation and for a few years it has been ranked with the top of the youth bands in Czech Republic. It performs about thirthy-five concerts a year. The musicians are 10-25 years old and their average age is 17. The Orchestra participates in many cultural events in town and the surrounding area. Not only does the band record for the Czech Radio, but it has also participated in several TV performances. The Orchestra often takes part in national and international shows, as well as in festivals and competition where it has always been highly appreciated – in Czech Republic, the Netherlands, Germany, Sweden, Hungary etc.

The musicians will always remember their splendid concert under the Eiffel Tower in 1987. In 1996 Ivo Lacný, the headmaster of the musical school in Příbor, became the new conductor of the Orchestra. Under his leading, the Orchestra entered many competitions and festivals in Germany, the Netherlands, Poland and Hungary - and it always gained the first position.

more about the orchestra: http://dom.pribor.cz 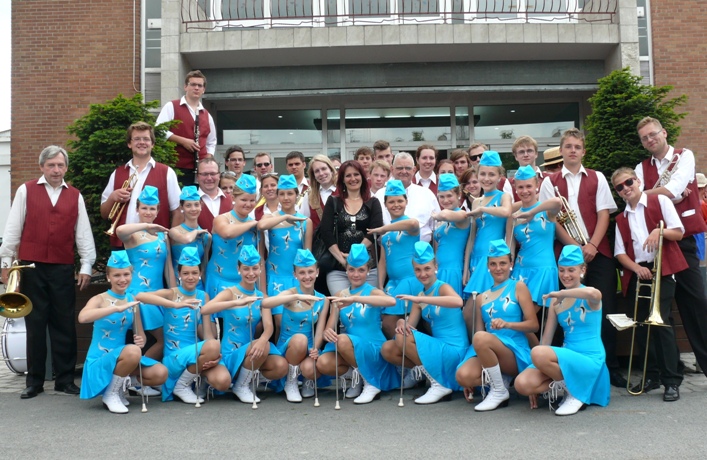