The OLVO-Band appears on the stage within the country and abroad (Austria, Italy, Spain, Germany, Slowenia, Hungary, Croatia and Switzerland). Currently the OLVO-Band has about ninety members at the age between 12 and 18 years. It consists of two groups: the Harmony and the Fanfare, which appear always as a whole during processions, concerts and festivals. They bring, every group with its own character, a varied program, a feast of sound and movement. No listener remains unmoved. Fanfare is an orchestra which remains of drums and wind instruments, especially trumpet and horn – a spectacle for eye and ear: fantastic marching music with excellent show figures. This group is lead by a drum-major, who attracts attention with spectacular movements. The Harmony possesses as a complete orchestra a full cast of wind players and percussionists. In every concert you can hear the enthusiasm of the young musicians right through their play. 'La musique du Collège ', was the former name of the OLVO-Band. It was founded in 1909. The band was disbanded during the Second World War. The new beginning startet in 1954. The leader of the OLVO-Band and its Harmony is Arne Wyntin since 2005. The Fanfare and all what is related with marching since 1973 is connected with the drum-major Guido Seys. One of the most considerable performance was this one for King Baudouin I, king of Belgium (1976) and for Prince Philippe and Princess Mathilde (2000). The wide repertoire of the OLVO-Band contains classical music as well as modern melodies. The processions are filled with marching music enriched with a swirled show of Harmony and Fanfare. 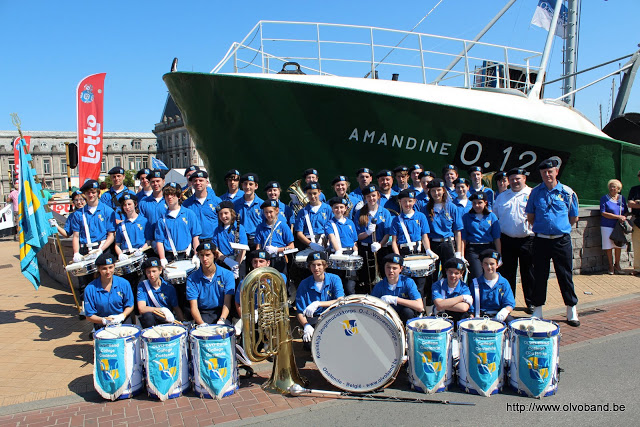