The Wind Orchestra Ostrava was founded in 1945 as an orchestra of Vítkovice Training College. Jiří Grussman has been its conductor and art director since 1976. They alternate in conducting with Jaroslav Hrbáč. The Wind Orchestra Ostrava plays pieces of various genres and always tries to assimilate to character of event where it performs. There are concert pieces for large orchestras, film, operetta and musical melodies in its repertoire as well as jazz or swing music.

The orchestra can also play typical Czech polka, waltz and march. We often cooperate with groups of majorettes and have common performances with them. The orchestra has had over 1700 concerts and 3000 musicians since its founding. It played in Berlin, Budapest, Moscow, often in Dresden, regularly in Poland. It takes part in various international festivals and competitions (for example Neerpelt – Netherland, Tótkomlós – Hungary, Genova, Besana Brianza, Camporgiano – Italy, Trenčín – Slovakia) and similar Czech events in Prague and Ostrava where it obtained numerous awards (for example victory in Prague 2002). The WOO was in famous Czech festival „Kmochův Kolín“ several times. In 2008 orchestra was taken to the program about wind music on Czech television. Nowadays The Wind Orchestra Ostrava often performs in Ostrava surrounding, organizes its own annual autumn concerts and small music festival of wind bands, accompanies the majorettes, plays in the festivals. 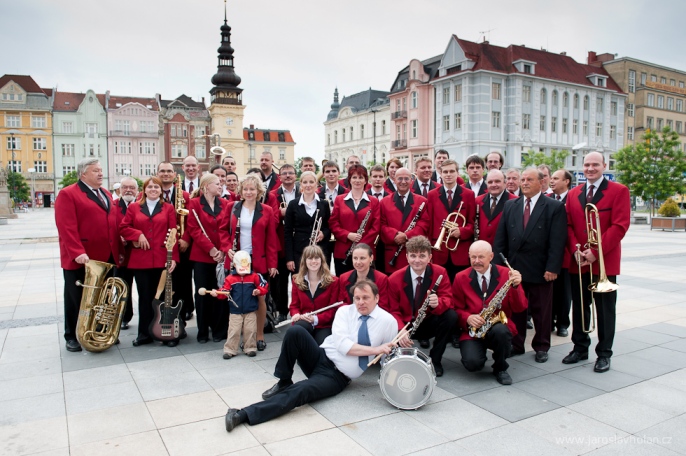