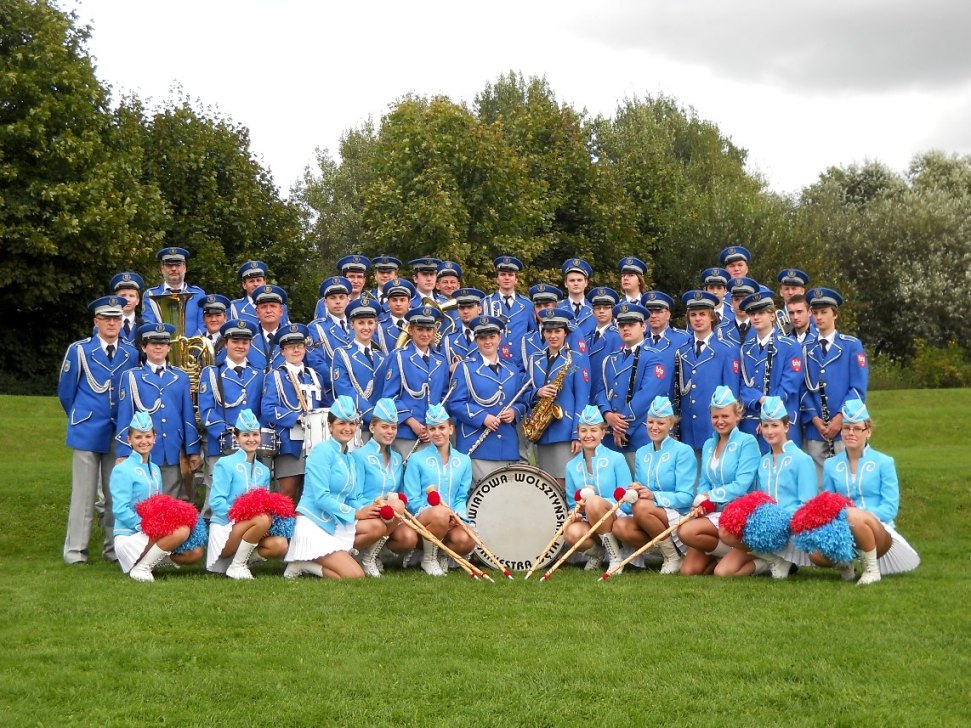 The wind orchestra in Wolsztyn was founded in 1971 as a Boys’ Wind Orchestra which was connected with the grammar school nr 3 in Wolsztyn. From the beginning it gave concerts with successes all around the country. It gained awards and honorable mentions i.a. in Inowrocław and Nowa Sól. Within the orchestra’s members there are some people who remember the first rehearsals and performances of the ensemble.

In 1993 the city Wolsztyn took over the sponsorship of the orchestra, the district Wolsztyński joined this sponsorship in 2003. Since that time the orchestra bears the name Powiatowa Wolsztyńska Orkiestra Dęta. Countless concerts and the dynamic development of the orchestra (i.a. the creation of a dance group) led into a lot of decorations i.a. the title „Of Outstanding Merit for the Polish Culture” from the minister of culture and national heritage (2006) and the awards in the orchestras’ shows in Leszno and Krajenka. Besides the numerous amount of concerts within the country, the orchestra regularely gives performances abroad. It promotes the region around Wolszytyn at festivals in Serbia and Montenegro, Lithuania, Slovenia, Hungary, Czech Republic and Croatia. Everywhere the orchestra gets a great amount of applause and acclaim. In 2011 the band celebrated its 40-year jubilee.