The band contains of 40 musicians – workers of the copper mine and other industrial plants as well as pupils of high schools and students. Within the last 40 years about 250 persons played several thousands concerts in the frame of the orchestra. The musicians perfect their artistic skills. For this reason the orchestra belongs to the most well known and valued orchestra in Głogów. The orchestra’s popularity is also the result of the versatile combination of different music genres and the ability to directly hit the music taste - of the elderly audience and the youth listeners. It repertoire contains marches, concert pieces and popular music made by Polish and foreign composers. Each year, the orchestra gives about 50 concerts. It performs at state, city, military and church events as well as at firm’s parties in Głogów und the whole region of Lower Silesia. Furthermore the band takes part in several meetings, competitions and festivals within the country and abroad. Regularly it gains the highest rankings. The orchestra already traveled to the Czech Republic, Germany, the Netherlands and Denmark. It recorded three albums Music experts say, that this orchestra remains to the best and most commendable bands in its region. 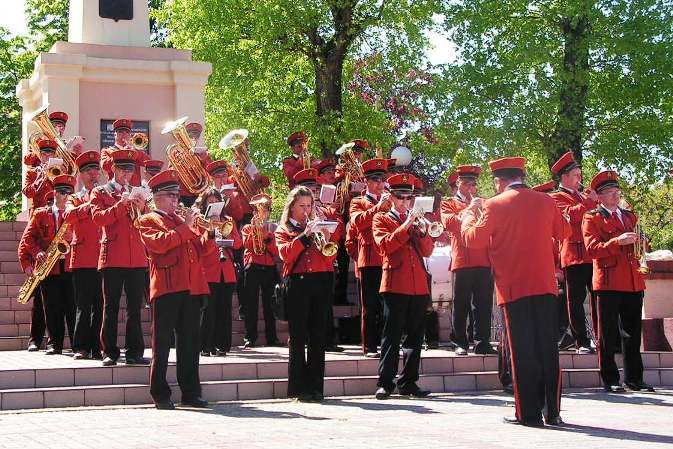