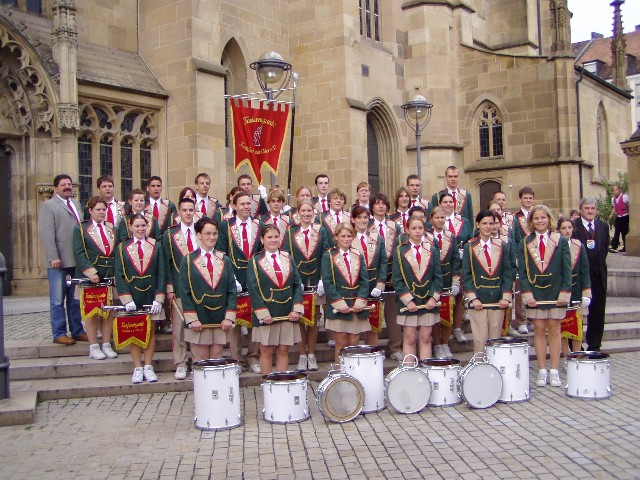 The Band was founded in April 1973 at the People-Owned Enterprise Factory of Semiconductors Frankfurt (Oder). Currently there are 120 musicians playing in the Band. There are 9 - 40 years old. Besides the traditional marching music the Orchestra impresses with its concert programs at the highest artistic level. The programs include classical and heraldic sounds of natural trumpets, as well as samba and own compositions. Band-master is Mr. Hans-Jörg Laurisch. As a former member of the District´s Music Corps it took part in almost every mass concert, playing with about 25 000 other musicians. The Orchestra made a lot of concert tours and gained a lot of success. International meetings, getting-to-know-each other and jointly making music was and is all the time most important for the Orchestra. The Band has contacts to a lot of other European orchestras. Several times it was host of festivals, workshops and other music events. The Orchestra sets itself newer and newer goals and takes up a lot of challenges.

more about the Orchestra: www.fanfarengarde.de