The orchestra has 38 band members – the majority are youngsters. The band gives concerts at different events, takes part in orchestras’ meetings and performed already 4 times in Germany. Its repertoire contains marching and light music from Polish and foreign composers.

more about the orchestra: www.tm.srem.info 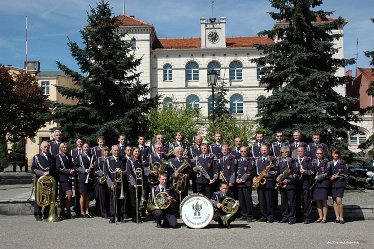