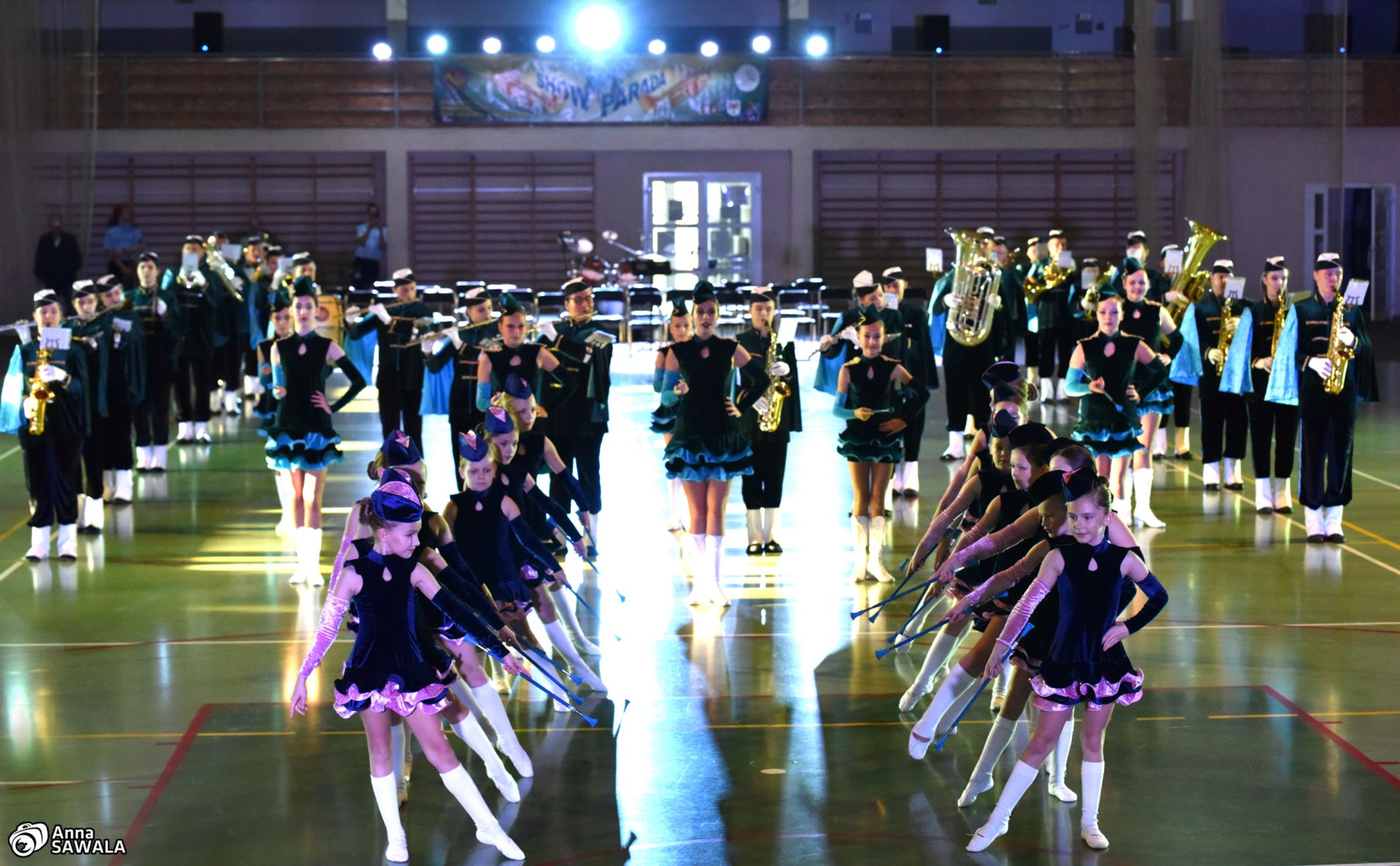 Orkiestra Dęta Pojezierza Międzychodzko – Sierakowskiego (Wind Orchestra of the Lakes Międzychód-Sieraków) keeps an almost 100 year old tradition of orchestras in the region Międzychód. This tradition was created and cultivated by a lot of conductors and band masters. Thanks to their passion and artistic souls Międzychód is well known – not only in Poland, but also abroad. The ensemble keeps this tradition alive under the leading of the current band master Daniel Ebertowski. The orchestra contains of several generations of amateur-musicians and takes part in creating the cultural life in its region.

It gives concerts and takes part in competitions and festivals in Poland and abroad. It enriches patriotic, religious and mundane festivities. It works in the framework oft he Public Library and the Center for Cultural Animation “Jan Daniel Janocki” in Międzychód. In 2016 was founded the majorettes dancing group working in the private dance studio STIF from Iwona Firla in Międzychód. This dancing group consists of girls in different ages and shows majorette-dances involving pompons, sticks, bows, acrobatics, movement improvisations and ballet elements for the youngest. Since 2021 the girls take part in Polish and international competitions and gained a lot of big awards. These are amongst other things the title of I Vicemaster of Poland in the Polish Championships MIA, the title II World Vicemaster in the Majorettes World Championships MIA as well as the 2nd place in the XXII Polish Championships in Kędzierzyń– Koźle. In 2019 was founded the association Miłośnicy Orkiestry Dętej i Mażoretek w Międzychodzie (Friends of the wind orchestra and the majorette-dancing group, which combines both groups.