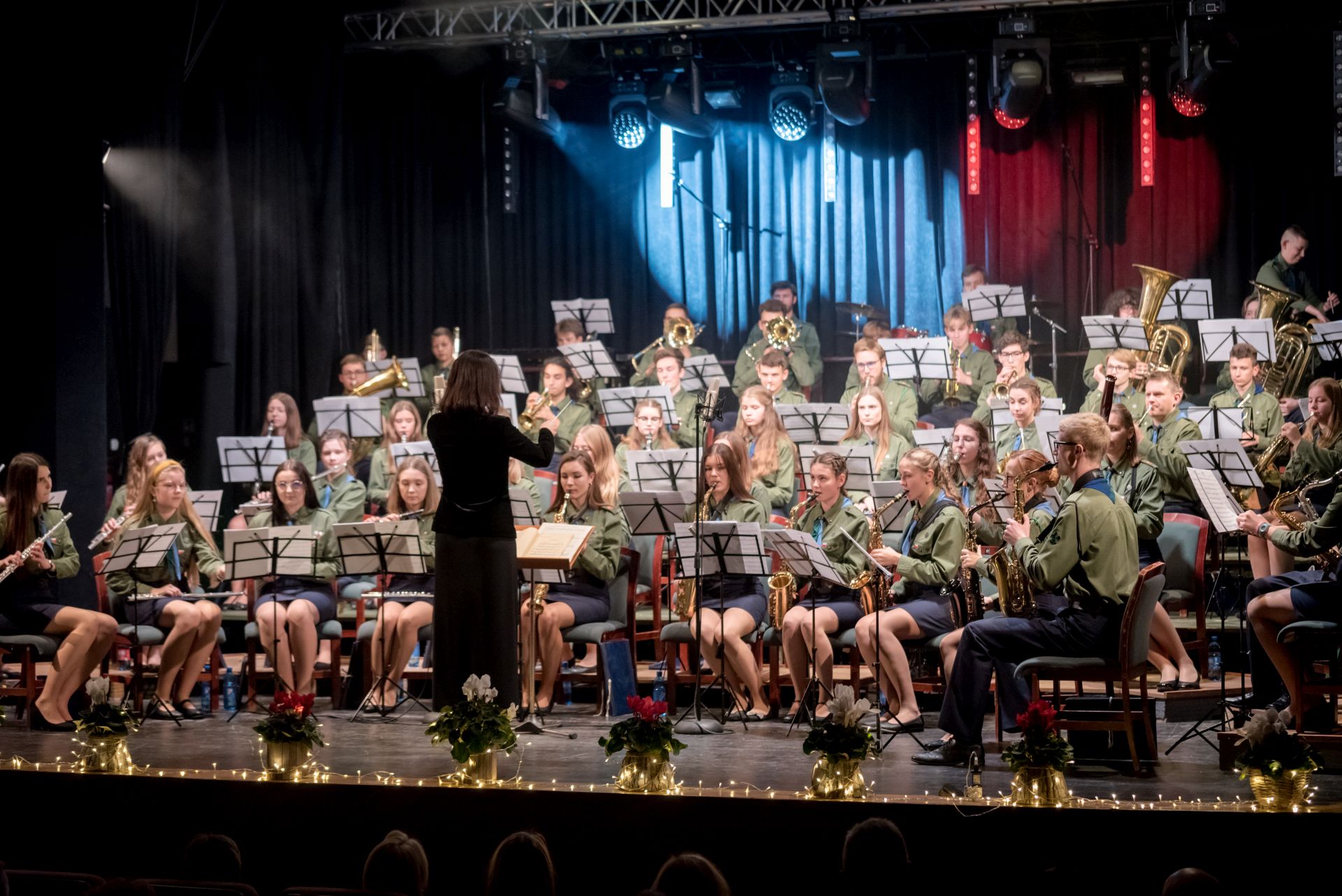 The Harcerska Orkiestra Dęta im. Stanisława Moniuszki w Tczewie (Scout’s Wind Orchestra “Stanisław Moniuszko” in Tczew) exists since 1947. The ensemble is a concert band. Its concert repertoire contains of transcriptions of classical music, soundtracks, musicals, arrangements of wellknown standards of popular music (gospel, jazz, rock, pop), religious music as well als original composition for wind orchestras. The ensemble takes part in patriotic and religious celebrations as well as in scouts‘ events, marching parades and with success in competitions and festivals. In 1987 the ensemble gained the title Representativ Orchestra of the Polish Scouting and Guiding Association.

It took part in the musical frameing of the holy mass celebrated by John Paul II at the 6th June 1999 in Pelpin as well as in the World Meeting of Polish Scouting in 1995. The musicians gave concerts in Europe: in Germany, Latvia, Lithuania and in France. The orchestra Deutschland, Lettland, Litauen und zuletzt auch in Frankreich. Das Orchester played also for recordings in radio and tv. It recorded 3 releases: „Radosna strona życia” (The cheerful side of life - 1999), „Choral&Rock” (2005) as well as „Kręć się, kręć...” (Turn yourself, turn - 2017). Every year the ensemble plays a new year concert with stars like Jacek Wójcicki, Zbigniew Wodecki, Mieczysław Szcześniaki, Kuba Badach, Janusz Radek, Natalia Kukulska and Ewa Bem. Conductor is Magdalena Kubicka-Netka, who leads the ensemble since 2002. She took over the baton in third generation from her father Jerzy Kubicki. Since 1966 commander of the clan is Norbert Jatkowski.

More about the orchestra: https://orkiestra.tczew.pl/